"LOSERS quit when they fail and WINNERS fail 'till they succeed"

Francis Dinha has been key in orchestrating growth at OpenVPN Technologies, by building a viable business model to assure the Company's continued success. OpenVPN Inc. is a privately held company based in the Pleasanton, California, integrating a suite of leading-edge networking and software technologies.

OpenVPN has designed and deployed virtual private network software that provides secure, reliable, and scalable communication services, not only fulfilling the requirements of the traditional remote access solution, but also offering next generation Cloud VPN Software & Services (Private Tunnel) to address the growing demands for securing & protecting the exchange of information across the Internet.

Before founding OpenVPN, Francis was the CEO at Iraq Development and Investment projects where he played a principal role in architecting a joint venture to win the mobile communication license in Iraq.

He was also the founder and CTO of PacketStream, Inc. PacketStream's main business is the development and marketing of system solutions that enable dynamic Quality of Service (QoS) provisioning of IP networks, including the Internet.

From having moved to Baghdad at the age of five and sold goods to survive at the age of eleven, Francis progressed to become the seasoned and expert technologist that he is now.

Learn how our guest suffered through the time he spent in Iraq and what it was like to be in such a country during wartime. He also explains why he always thought of moving out due to his rebellious nature.

I was thinking, well, I’m going to move out of this country because this is this is not how I want to live. So, I was pretty much very rebellious, had a long hair and, you know, play guitar, and I just want to have a free society.

Francis expresses his beliefs and explains why it is important for him. How he was raised, how his faith influenced his life, and what he thinks about having faith.

I believe that you have to have faith. You have to believe in something that is greater than you.

Even in the system we have right now, the environment we have in this world. People believing in something. And it doesn’t matter what’s right and wrong, they don’t rationalize.

Our guest also has much to share with the audience in terms of different political systems and how they impact people’s routine lives.

The way people look at political figures and politics in general is a bit stupid and you should definitely think more about what it is that you want rather than being on team or team B intensity of fighting over something that doesn’t even matter.

Having moved across different political and social systems while moving from Iraq to Sweden to the United States, Francis has learned much and more. How different countries varied in terms of the freedom offered to citizens.

Our guest also helps us develop an outlook of abundance towards life – how lives of the people from all financial and social classes have improved over time and what we take for granted now is what was considered prestigious back then.

All the things that we’re used to are the kind of things that people didn’t have. If you move years ago, you kind of feel like shit healthcare and like horrible food and so on.

Our guest also explains how he started his businesses and what he has learned from his experience in the corporate world.

This is one of that Steve Jobs’ philosophy. You know that you don’t hire people, that you tell them what you do. You have to hire smart people to tell you what to do.

He also shares valuable insight on open VPN and cloud technologies – how they evolved and where they are expected to be in the coming years.

We’re going to be launching a new product by the end of the year. It’s our own cloud and that’s targeting almost all businesses. And the idea of that cloud is really to build another secure layer on top of the Internet that you can construct Europe network. I call it VPN on demand. So, on demand, you would be able to do side to side. You would be able to do remote access. You would be able to do a lot of things on the basically online and on the web, pretty much. But we have the infrastructure to do allow you to build. It’s like a toolbox. But it’s really on the cloud itself to allow you to interconnect, you know, all the resources, all the sites you have your users and provide access, control and provide the level of security.

He also explains how he hires people for his company and how he incentivizes people to join them while being transparent and straightforward as well. Being a CEO, he knows much and more about the running of a company and its leadership.

For us, it’s very hard because there are a lot of these people who can work for bigger companies, but they can’t work for us because they really have to take the initiative to do things. And we make it very clear to them, here is what we’re doing. This is what we have. This is a technology. This is where our vision is. So, we have to treat this as a sales job, too. I mean, as a CEO, you are really a salesperson all the time because you have to sell your idea even to the people you’re hiring.

He also explains why the security provided by VPN and cloud is important to companies and what role it plays for them.

From a security perspective, I believe VPN is going to play that role in terms of being the connectivity layers that that tunnelling layer that you can connect all these devices into a network.

Gain valuable insight on all the aspects of technological advancements – the good and the bad. It facilitates the good deeds as well as the bad deeds.

*When you distribute things and you make it peer to peer, then the bad actors come in and take advantage of the technology. And you will see a lot of and you’re seeing already, you know, a lot of frauds, a lot of problems that comes along with it to get some more random questions. * 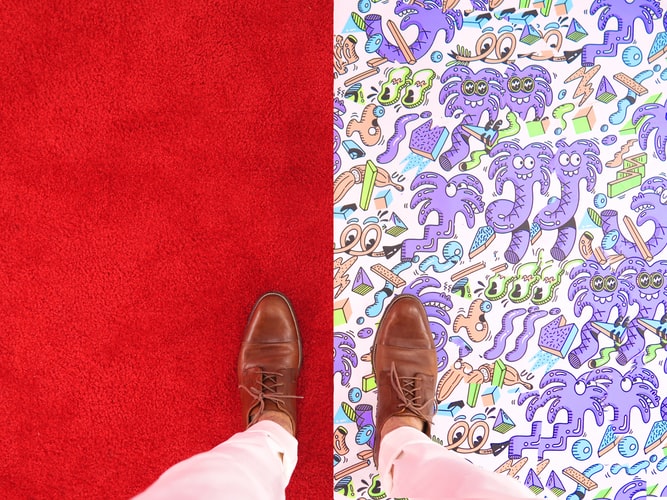 Owning multiple companies create a great deal of complexity as well as sometimes pitfalls. However the benefits can be many things. If you have businesses that complement each other very commonly we can save each other money.

For example, if you have businesses of complementary services, sometimes you may be able to use one company to recruit clients for another. If you were a marketing company, you could use your video production company or artist representation company to help your clients make commercials (you may also be able to take lower revenue on each as you are getting both sides of the transaction. This may lower your price so you can improve your bids and get more clients.)

You don’t have to be a millionaire or an influential person to consider running more than one business, although a large budget would probably make it easier!

It is certainly possible to run multiple businesses successfully, but it requires organisation and discipline to do so. 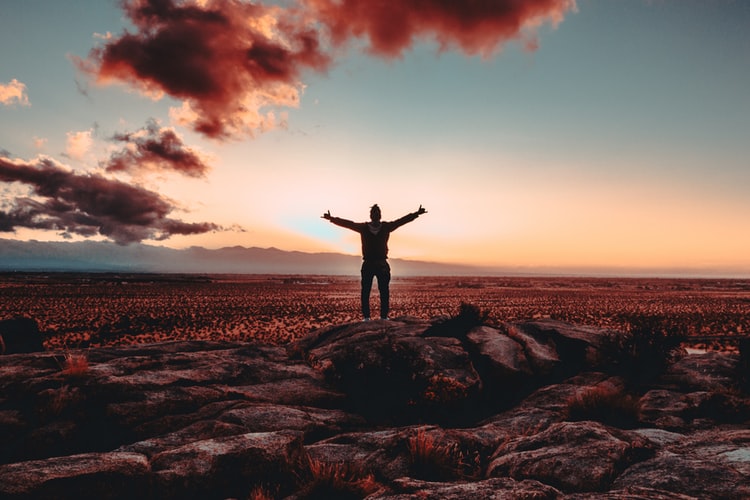 Fear of failure is a significant obstacle that stands between you and your goals. But it doesn’t have to be.

Fear of failure is the intense worry you experience when you imagine all the horrible things that could happen if you failed to achieve a goal. The intense worry increases the odds of holding back or giving up. Being successful relies to a large extent on your ability to leverage fear.

Start by setting small goals that will help build your confidence. Learn how to explore and evaluate all possible outcomes rationally and develop contingency plans; and practice thinking positively. By moving forward slowly but steadily, you'll begin to overcome your fear.

Surround Yourself with the Best and Leverage 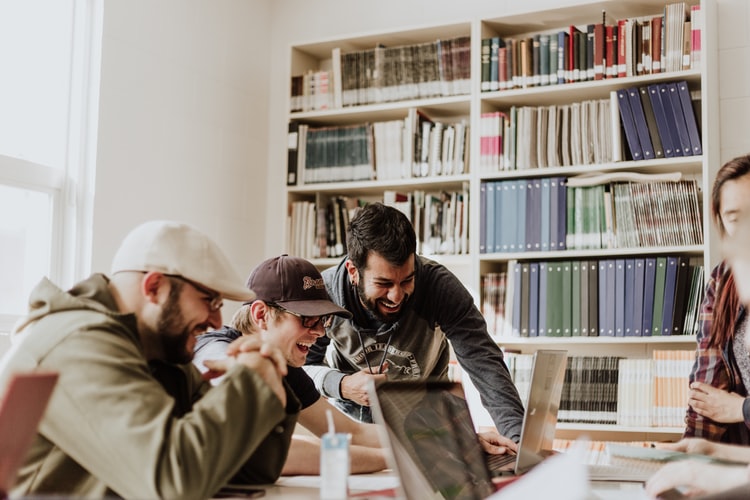 Leadership is a team sport. It is not about what one person does, but instead the cumulative actions of everyone in an organization.

The best leaders surround themselves with intrinsically motivated individuals who will not only perform at a high level with little oversight but will also push the leader to reflect and grow continually. 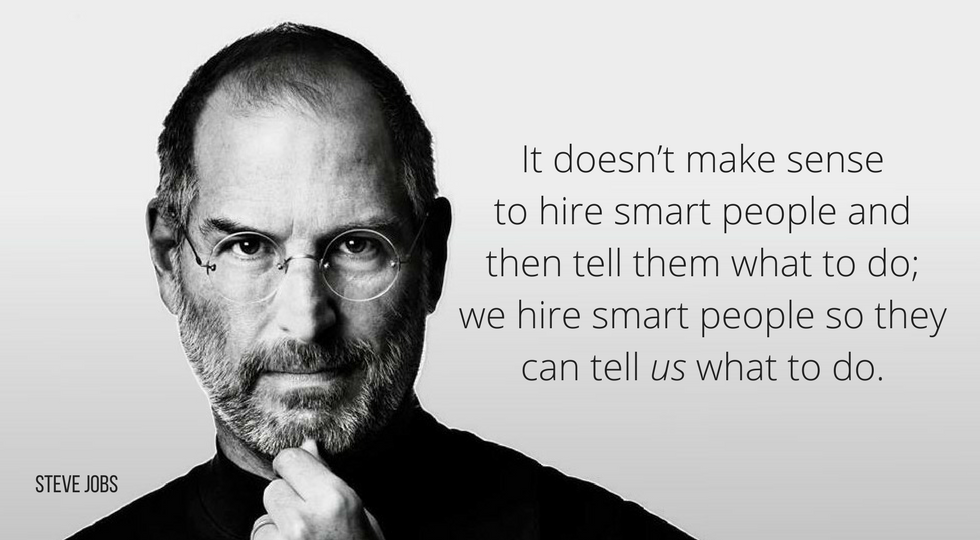 Depending on others for guidance and wisdom is not a sign of weakness. On the contrary, it a definitive sign of strength. Effective leadership relies on making smart decisions. Make it easy on yourself. Hire or surround yourself with smart people, get out of their way, and don’t be afraid to let them “tell” you what to do.