"An Olympic gold medal is a crazy thing to want, and a crazy thing to work towards. The odds - even if you are a world-class athlete - are stacked against you. I discovered that the only way to reach our crazy goal was with concrete, everyday habits." Ben Hunt-Davis

Ben Hunt-Davis MBE (Most Excellent Order of the British Empire) is a performance expert, coach, facilitator and keynote speaker. He is also Co-author of “Will It Make The Boat Go Faster?”, the story of how the Great Britain’s men’s eight crew won an Olympic Gold medal at the Sydney Olympics in 2000.

Ben has spent the last 16 years specialising in leadership and team development and in 2012 he co-founded Will It Make The Boat Go Faster?, a performance consultancy which seeks to transform organisational performance through the adoption of elite sport principles and strategies. 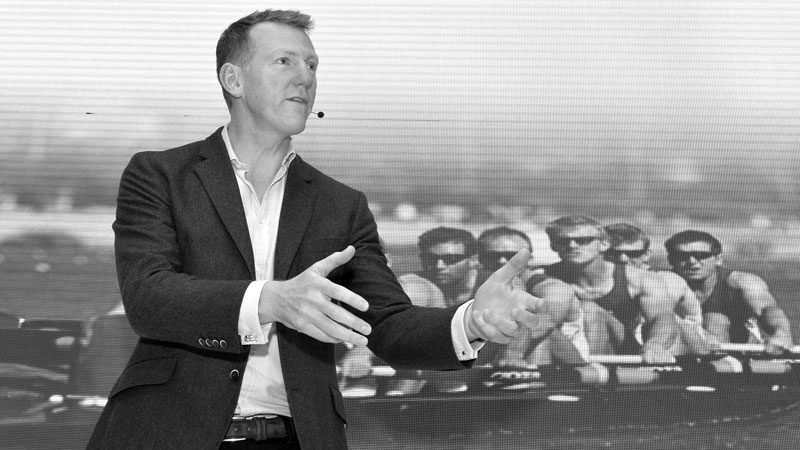 Ben and his team have a highly practical approach which focuses heavily focused on the application of performance habits, mindsets and beliefs. Their aim is to ensure that participants genuinely apply new ways of working and behave differently to achieve greater results.

Ben and Will it Make the Boat Go Faster

Connect on LinkedIn
Twitter
Will It Make the Boat Go Faster

Ben had a hard time with ball sports which led him to try out rowing. He fancied the sport and grew to love it.

at school I rowed simply because I couldn't catch a cricket ball or hit one. So I rowed, cause I just hated ball sports cause I was rubbish

Our guest went to school but found himself choosing the sport he loves than completing a college degree.

**I started civil engineering. The next year I started a different degree. I started time planning cause I failed my first year civil engineering and people told me to, planning was easy at about six weeks in, they wanted me to hand some work in which clearly I hadn't done on.

The head coach was saying, right, you've got a chance again to the Olympics. Do you want to study or do you want to row? So that was perfect.

Back in the day, there was not much money with rowing or sports in general. Ben was challenged to come up with money to support his financial needs as an athlete.

Those days, most people rode for a kind of limited amount of time because you got to get on with life and there's no money in it. in 97 John major started the national lottery with the aim that a lot of the money went to sport and then it changed

Ben was able to share his training regimen as a rower and how his diet was.

Ben talks about how he views sacrifices as a choice, Explaining how he chose to train for his goal rather than spending his time partying, getting drunk, which would cost him a training session.

Ben also talks about how working hard is not enough. Working hard must be accompanied by working smart. This allows one to assess their performance to reach their goal.

I thought then that working hard was the answer. If I worked hard enough, it would be all right rather than if I learned fast. And the change that happened in the last two years, my rowing career was, it was learning, but where we were just ruthless about making sure we were learning from every session rather than just working hard. And I wish I have started learning earlier in my rowing career cause I think I probably could've done better

All the stuff about growth mindset about continuous improvement, right? The theory behind is all really, really simple common sense but common sense isn't common practice and it's actually really hard to do. Reviewing every single thing, every single session you do, meeting you, come at all. What worked? What didn't, what do I do better tomorrow? You need to know what you're good at so you can repeat it.

Ben mentions how one should be aware of their strengths and weaknesses and choose to focus on the thing that would allow the "boat to go faster."

We couldn't control winning. All we could do was control boat speed. So therefore, boat speed was the most important thing. So therefore we had to do stuff that would make the boat go faster.

After Ben's rowing career, he had married and was not able to calculate his next step as if he was enjoying life at the moment. It took Ben 5 months before finding employment and had to work hard to make a respectable name for himself. Ben avoided using the story of being an Olympian gold medal winner to gauge himself on whethere he was good enough.

I had no plan past my wedding day. I thought that I'd stopped competing after Sydney, and as soon as I crossed the line, I knew that was it. But what came next? I had no idea. And at that point, I was 28 I'd never had a job.

Ben explains bullshit filters as a way for him and the rowing team to mute outside noises that could distract them from their goal which was to win.

When I was rowing, we came up with this thing, bullshit filters about kind of these imaginary or defenders, you can Mark them up to maximum deflection and the bullshit just wouldn't get through. So when people that were telling us that we couldn't do it, that we weren't good enough at that we weren't strong enough, we couldn't do this. It was bullshit. It just wouldn't get through. We wouldn't listen

To Ben, there would be days wherein things won't go our way. It happens to everyone. But its how we pick oursleves up from those situations that determine us as an individual and how we reach our end goal.

Naturally, it will take time to recover from setbacks, but we should always find the silver lining of every situation and remember your "why." 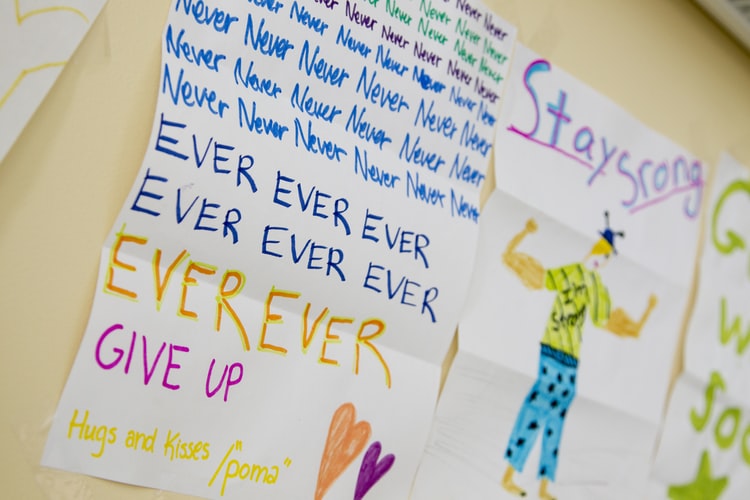 Ben’s story is a great example of someone who overcame a stream of constant challenges, but he kept going rather than letting them prevent him from reaching his goal.

We may not have the same challenges as Ben, but we should all work to overcome barriers that are thrown at us so we can become better each day.

When you get knocked back, get back up straight away. By getting back up and in the game quickly, you don’t lose your momentum and drive. If you whine and feel sorry for yourself you lose ground. 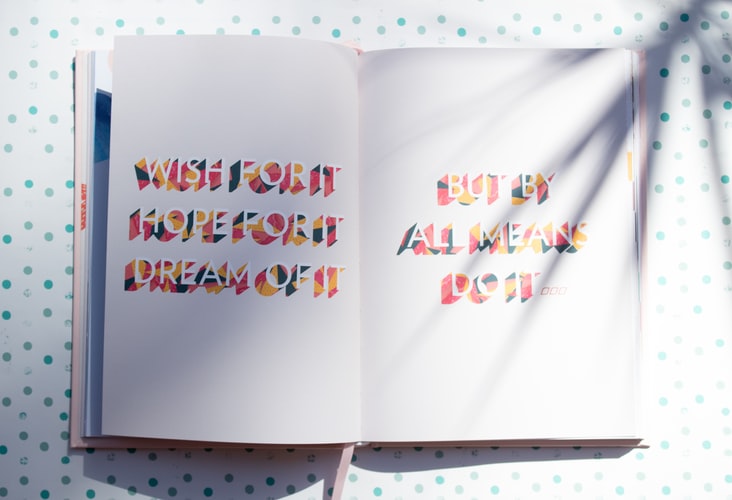 Having a target makes you start thinking about how you can achieve it, it’s the starting point in planning what you have to do, to get what you want. The alternative is essentially hope, and I don't see many gold medal winners relying on hope. 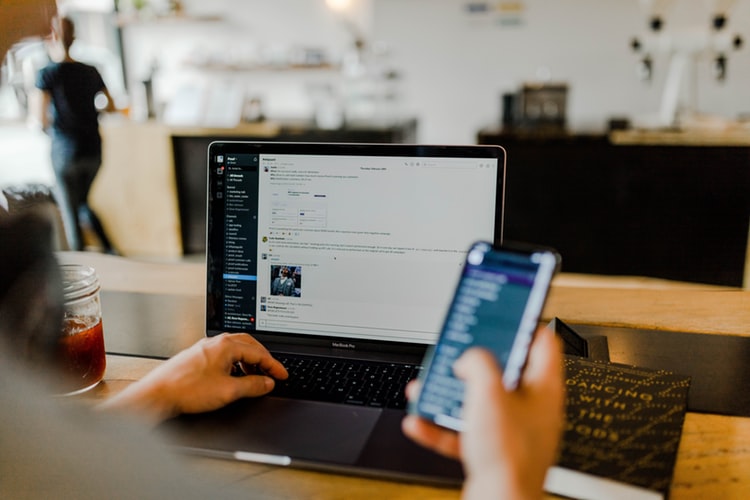 When Ben trained, it was clear about what he was training for - how to make the boat go faster.

It’s about daily actions and thought processes, setting goals and then stretching them. Elite performers don’t simply work hard, they also work differently. By challenging both what they do and how they do it – and by knowing what matters most - they change how they perform, measure it, and improve.

Each day, often in small increments, they focus on what will make them better at what they do, check their habits and focus on what matters most for the best possible results against the backdrop of an ultimate goal.

Get any of the books free on audible

Peak: Secrets from the New Science of Expertise by Robert Pool & Anders Ericsson

Outliers: The Story of Success by Malcolm Gladwell