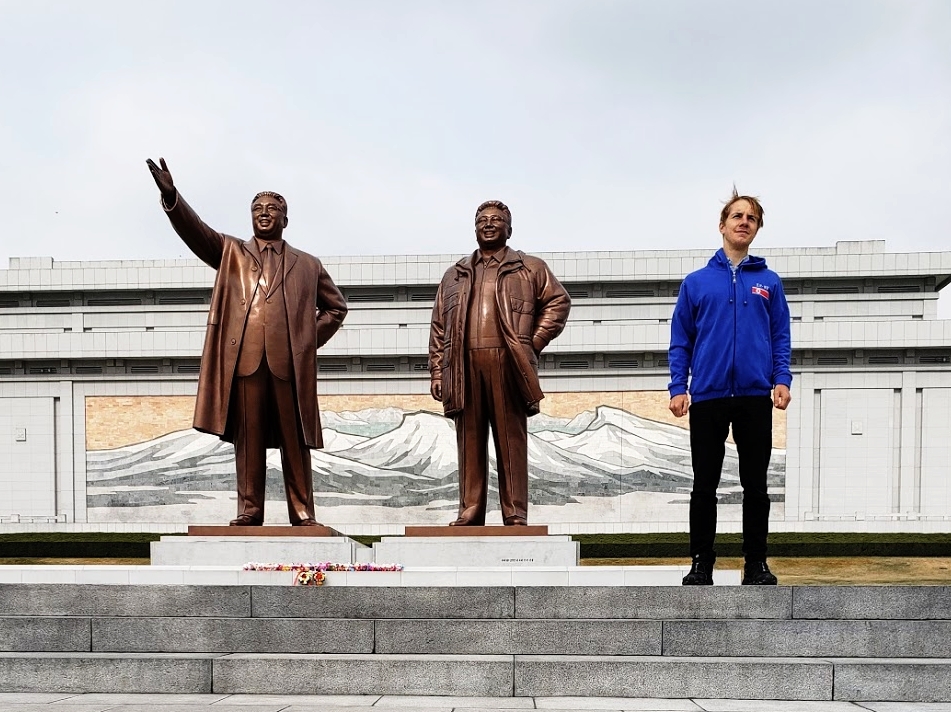 Recorded in the heart of North Korea, Sam talks to his tour guide Ben about the country and his experiences.

Sam visited North Korea over Easter 2018 and this podcast is an interview with his tour guide Ben Johnson. We discuss the country and the surprises it has in store for the people that visit.

It was an amazing experience and a pleasure to bring some of it back for you.

We also discuss the growing industry of dark tourism and challenging yourself to go out of your comfort zone. 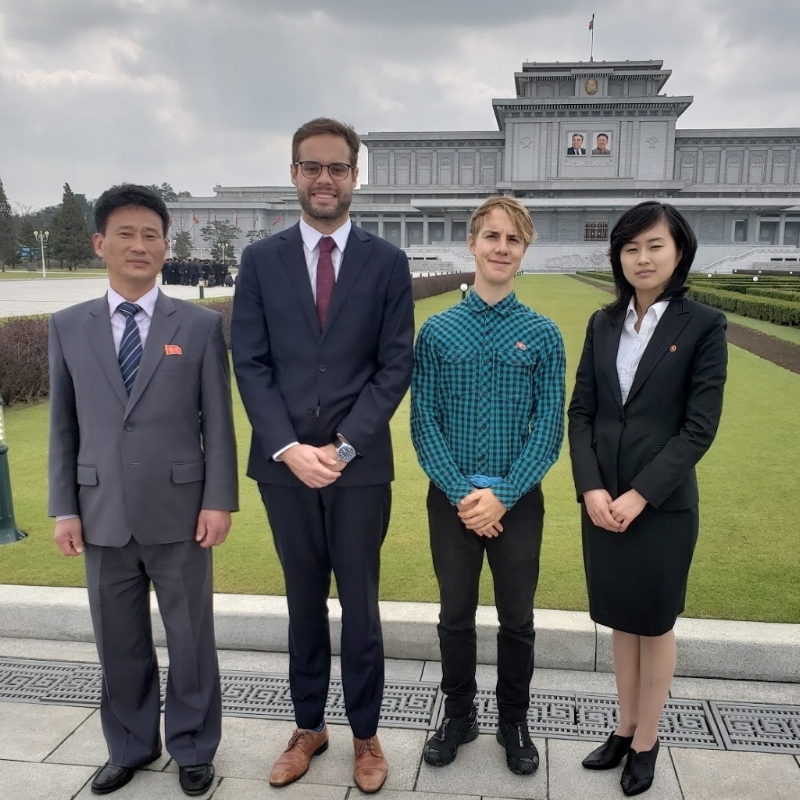 Sam, Ben and our Korean Hosts 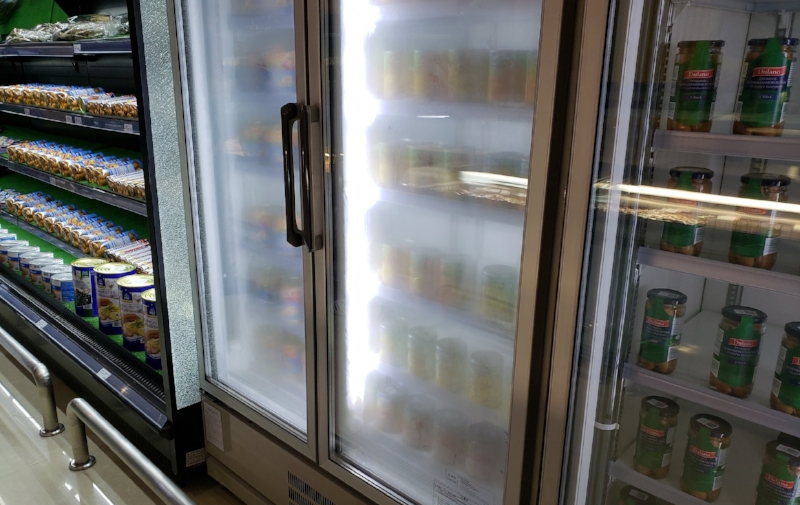 Canned Food in a Freezer. They clearly didn't know what the display freezer was for. 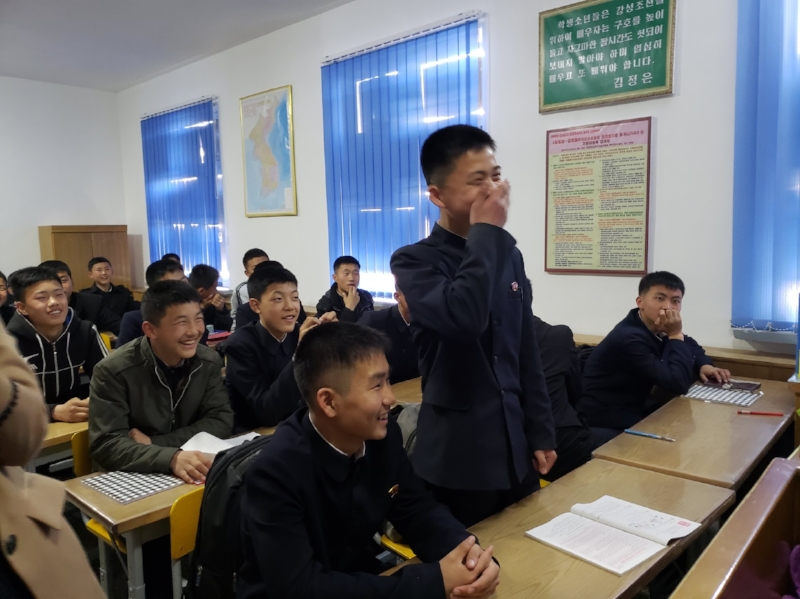 We had a fun English lesson with some students. They were just as excited as we were 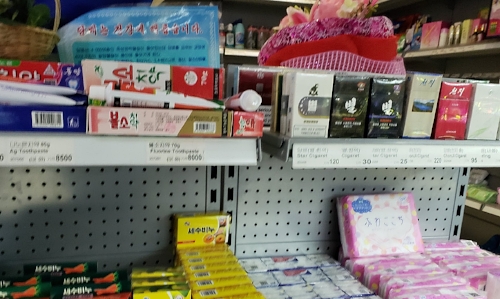 Pack cigarettes for $1 - Toothpaste for $8 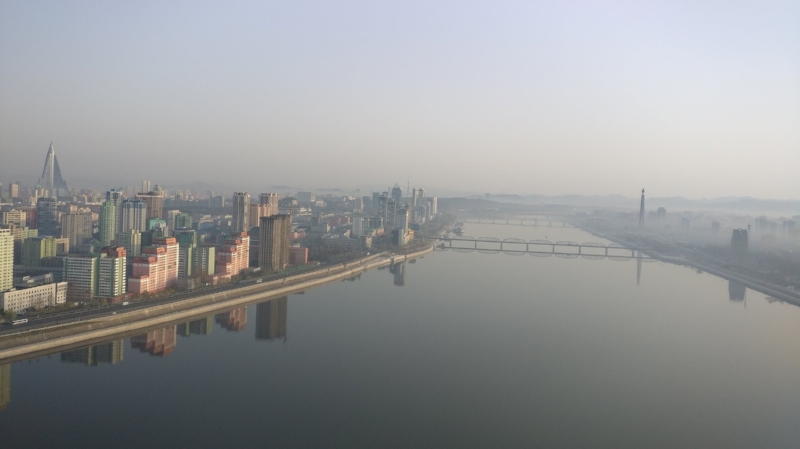 View of Pyonyang from my Hotel Window 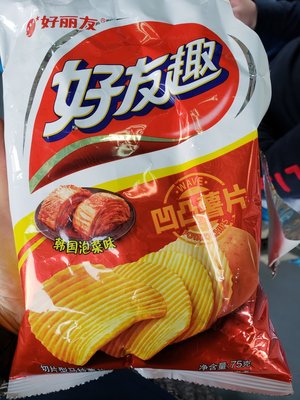 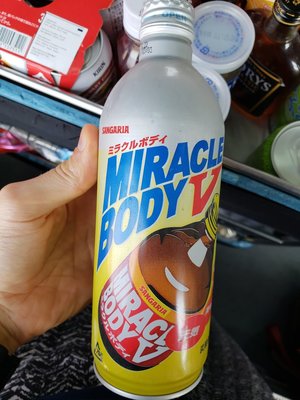 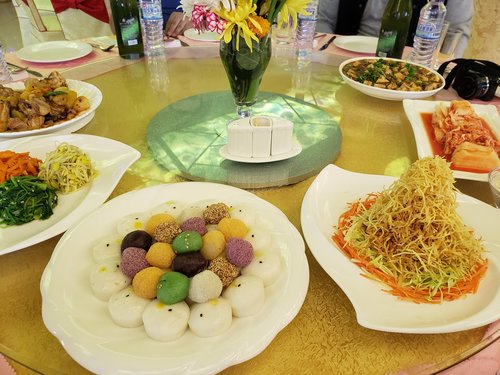 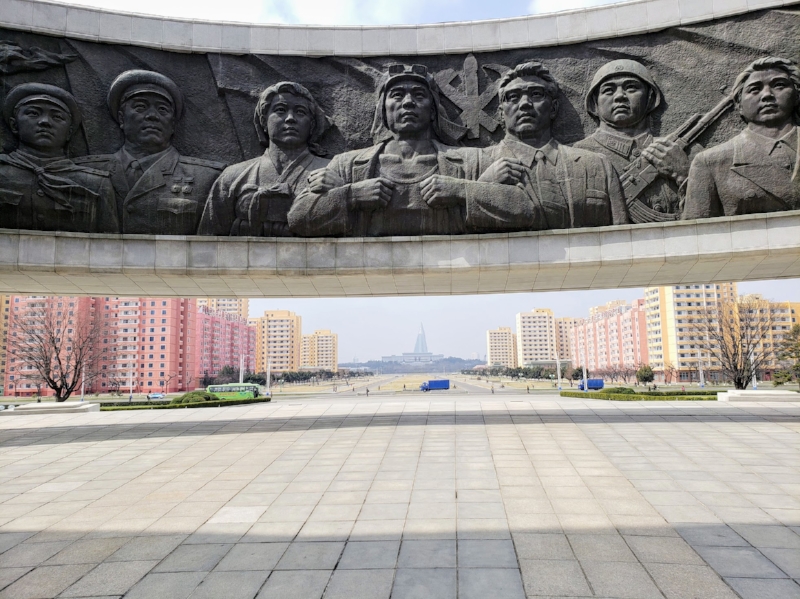 View of Pyonyang from an important war monument 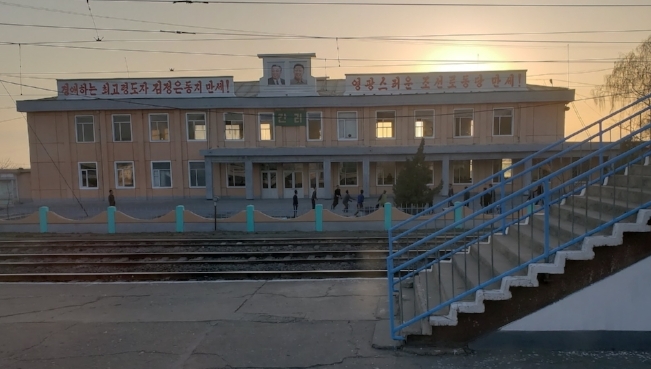 Playing volleyball at sunset at the outside the train station

Tube station inside the Pyonyang Underground 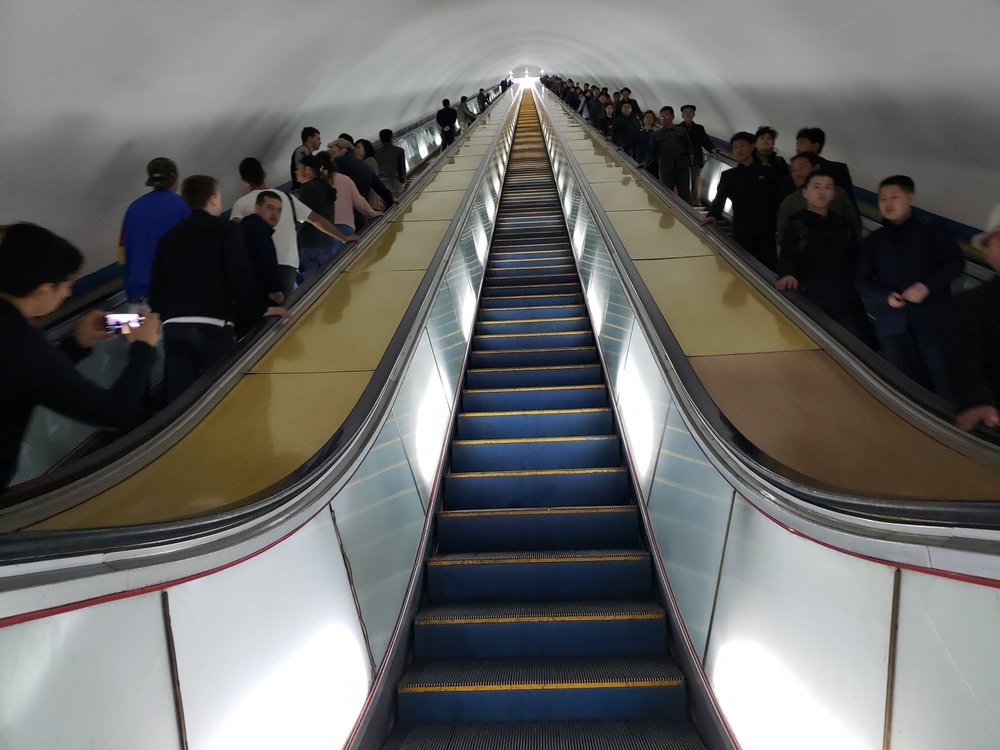 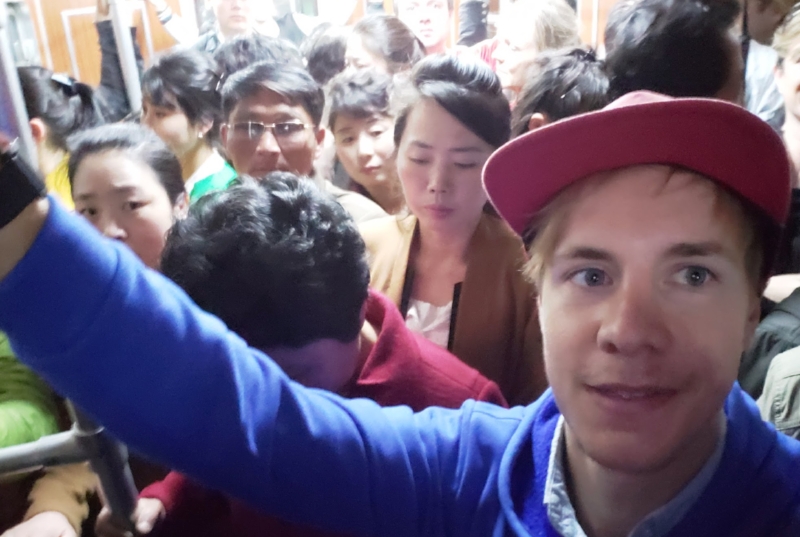 Sam on the Pyonyang Tube 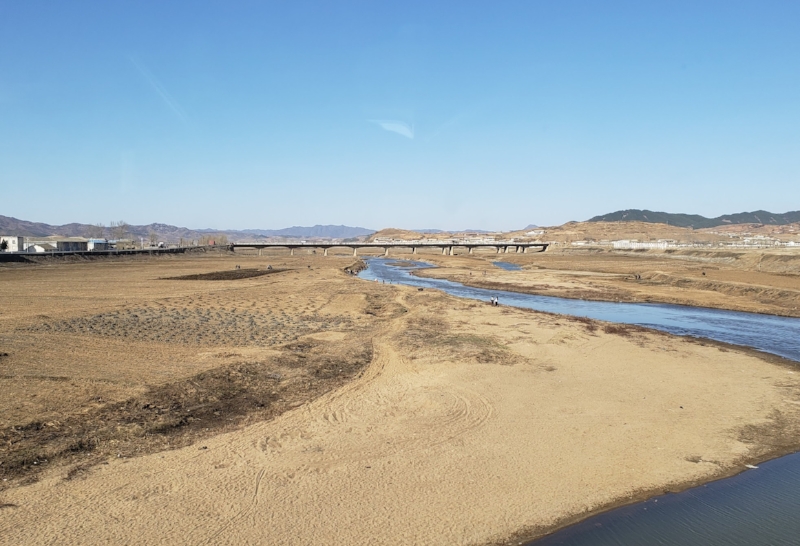 Kids love balls in Korea too

THE NEWS IS RIDICULOUS AND POWERFUL AS HELL

The western world paints north korea as this land of crazy mental people that want to nuke everywhere and a nation of people oppressed and in massive suffering. Actually most of them are pretty damn chill about the entire affair and happy going about their lives and walking their dogs. They certainly live modest lives and don’t have a lot of money as a nation, but they aren’t distracted by social media and all that crap the whole time and if you rushed in trying to save them they’d look at you like your bonkers. It is scary the way news controls our lives and thoughts and the way it makes us percieve them. We of course are very aware of the influence of north korean news on it’s own people which is of course very controlling, yet we pay little attention to our own news and it’s influence on us.

I’ve been really enjoyed reading the book ‘Factfullness’ by Hans Rosling which is one of the most informative books about the world around you. He gives an example of an Englishman going to Mexico City which is apparently one of the most dangerous places and yet the people there were scared to visit London because they’d heard of stabbings and crime and riots. and this happened to me exactly when i visited and the book is just full of funny facts we get completely wrong about how bad the world is and is a very positive book to help you question the reality of what your being told.

Being shut of from most of society they have a very different impression of normal. As a nation of skinny people they found fat people an amazingly rare and hilarious thing to observe. When a train gets delayed this is a perfect opportunity for everyone to practice a group dance so why just waste time standing around when you could be dancing. They also believe that dark chocolate will make you black and white chocolate will make you white. So one, never buy a north korean lady dark chocolate as a present. and think twice before tucking into your favorite white chocolate bar before chowing down on a milkbar before you lose your tan. That’s something the scientist never warned you about

THE WORLD IS GETTING MUCH SMALLER

With the increasing wealth of all nations and decreasing cost of travel the number of tourists is exploding. Places like North Korea and Eritrea and starting to be able to have their own tourism industry as people increasingly want rare and unusual experiences beyond the normal and completely overdone options offered on package holidays where you are just one of a million people doing the same thing.

Again going back to the Hans Rosling book there are two ways of looking at this. It’s easy to see the overabundance of people at tourist attractions as annoying and a problem. But it’s actually amazing that so many more people are able to afford to take time off work and enjoy their money and go away and relax.

I was really surprised to meet rich North Korean on the train into and out of China who were going on shopping holidays for the latest fashion and things. It was a concept that hadn’t even entered my brain as possible

MOST THINGS AREN’T THE END OF THE WORLD. YOU REALLY DON’T NEED TO STRESS - A BIT OF RESILIENCE AND IT’S ALL FINE!

Travelling opens your eyes in many ways as I’ve shown. But one of the best things is when everything goes completely wrong and the most terrible stuff happens. and yet you still walk away fine having had this completely bonkers experience. It genuinely makes you feel like there’s no point worrying about anything. Ben’s experience being stranded on different borders or my experience being arrested in Paraguay feels like it’s the end of the world. and yet it all ends up okay. I can only liken it to jumping of a skyscraper and expecting to go splat and then just landing on the floor a little awkard and then picking yourself up and feeling a bit silly and walking off scratching you head wandering why you’ve been lied to in every single physics lesson.

I really think the north koreans are possibly the most resilient people ever. Whether they’ve had self imposed disasters or problems imposed on them they keep picking themselves up and carrying on without worrying to much about it. They had literally all their personal savings wiped out 10 years ago when the currency was replaced with a new official currency and they weren’t allowed to swap more than $50 dollars of their savings into the new currency or something. Sure it’s a disaster and super bad thing that the government did, but it’s also amazing that the people were able to deal with this and just move on and find happiness in their lives, and if you can get over that you can probably get over anything. And i guess this was the kind of wierd thing that I genuinely felt like on average the north koreans were mostly happier. perhaps they just stopped giving a fuck and you can’t break someone who doesn’t care.

So we can all learn to be a little bit more happy for whatever we do have and not worry about things that don’t go away. So thanks North Korea for showing me that and I hope it helps you be happier also!

BARBARA DEMICK - NOTHING TO ENVY
Amazing book about lives of several north korean famalies and what they went through and expereinces defecting from the country. A completely mental experience of mankind that I feel everyone should read

FACTFULNESS - HANS ROSLING
A much more positive book if Barbara Demick gets you down. This book really shows what is going on in the world and why we should find more reasons to be grateful rather then waste so much time whining about all our problems and pining for the past that was actually much worse than our current situation.